Sea Dogs and Trademark Give Fans a Treat in June! - Trademark FCU

Sea Dogs and Trademark Give Fans a Treat in June!

As you know, the Sea Dogs turned into the Maine Whoopie Pies for one special night on June 21st and Trademark was excited to sponsor t 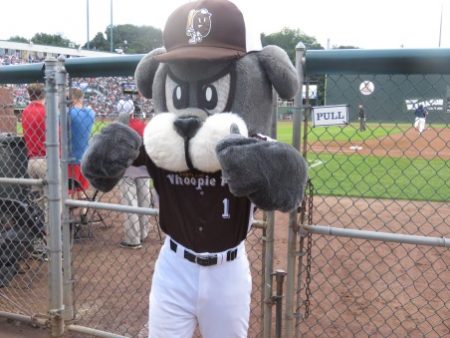 The night began with Trademark’s own President/CEO, Joann Bisson, entering into the Whoopie Pie eating contest. You can see her look of pure dedication and  enjoyment below! Joann finished strongly by eating a whopping 5 whoopies in 5 minutes!  WOW! 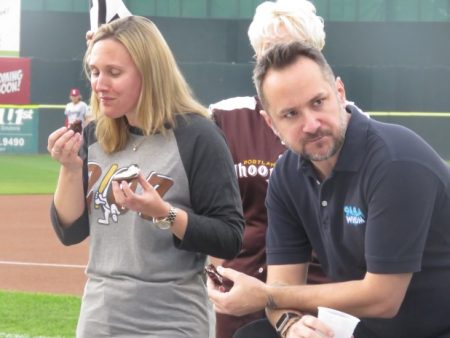 Then it was Trademark’s own Business Development Officer Melissa Goode’s turn to throw out the first pitch and boy did she throw the heat! Well, not really, but she did get it across the plate and that was good enough for us! 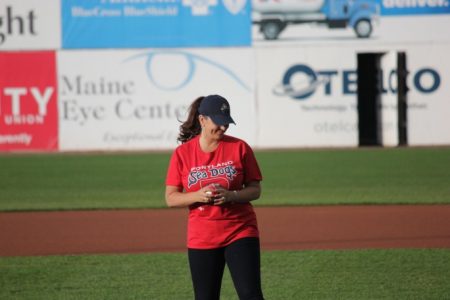 If you were tuning in to WPEI 95.5 and 95.9 at the top of the 3rd, you would have heard Trademark’s Lending Manager, Cindy Grasse, being interviewed about our big logo reveal and her thoughts on what makes Trademark a cut above the rest.

Another highlight of the evening was seeing the new Trademark logo showcased on the big jumbotron – what a beauty!

The Maine Whoopie Pies didn’t end up beating Reading that night, but they certainly  played their hearts out.

And with bellies full of sweets, on a beautiful Maine summer evening, Team Trademark certainly went home feeling like winners that night.

Until next time, Hadlock! 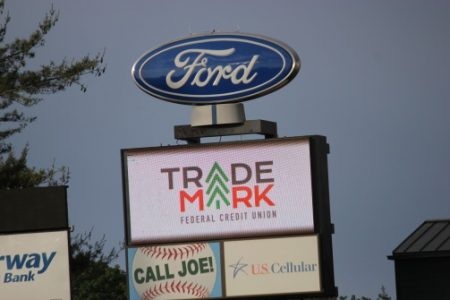